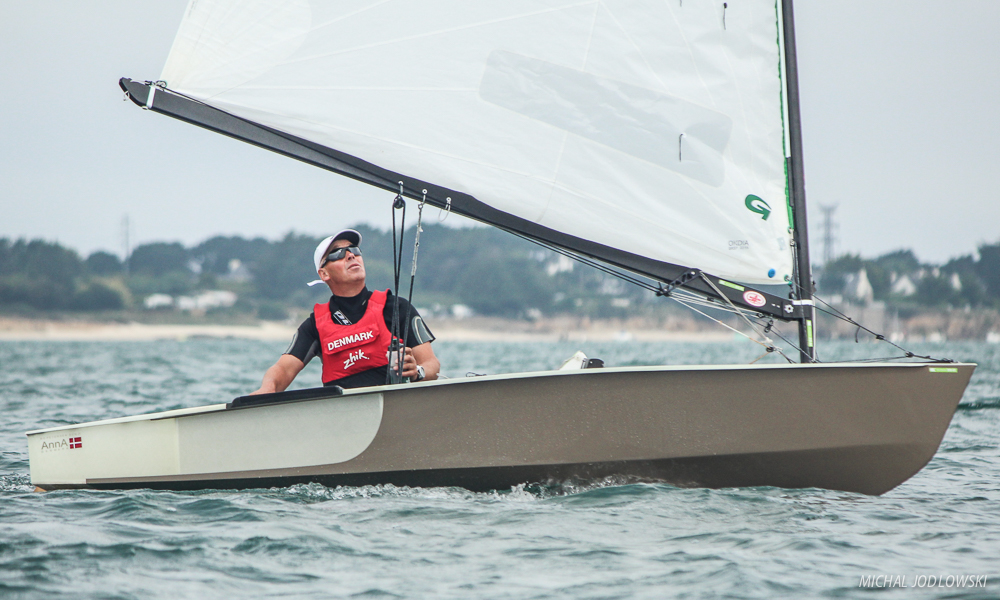 The second biggest OK Dinghy major championship fleet of all time is beginning to gather in Faaborg, Denmark ahead of next week’s European Championship, as the class continues to celebrate its 60th anniversary.

A pre-entry of 130 sailors for the 2017 OK Dinghy European Championship is not only a reflection of the current growth in the class but also of the huge growth over the last decade in Denmark, the home country of the OK Dinghy. First launched in 1957 its success is not only down to the great design and the extremely competitive racing that it has engendered, but also because of the social element that has bonded the sailors together for six decades.

The star-studded fleet in Faaborg for the 16th OK Dinghy European Championship includes all generations, from those who remember the first OK Dinghy being launched, up to those sailing their first OK Dinghy regatta. There are six former world champions as well as four former European Champions. It is worth noting that the three previous European Champions are all from Denmark. Bo Petersen, who is currently the World No 1, won the European title in 2013 and again in 2016, and is keen to defend the title in his hometown. Jørgen Svendsen won in 2014 and is again among the favourites this year, while 1978 World Champion and 1998 European Champion Jørgen Lindhardtsen is also part of the incredibly strong Danish team.

Germany is fielding the second largest team which includes double world champion André Budzien and 2006 European Champion Martin von Zimmermann. However an interesting new addition to the fleet is Finn sailor Jan Kurfeld, the 2007 Junior Finn World Champion, one of a large number of Finn sailors who have joined the class for this championship.

Another is Lars Johan Brodtkorb, from Norway, a former U23 Finn Worlds medalist, who is also a double Europe dinghy World Champion. Brodtkorb is a bit too big for a Europe, a touch too light for a Finn, so could be the perfect size for an OK Dinghy.

Britain led the way at the World Championship in Barbados earlier in the year, but with both the top two there, Nick Craig and Jim Hunt absent from Faaborg, it is down to Charley Cumbley to hold the flag as the current National Champion and medalist at the 2015 and 2016 World Championship.

Racing for the European title begins on Wednesday 26 July with a 10 race series scheduled, concluding on Saturday 29 July. As usual there will be a full social programme from the Danish hosts at the Faaborg Sejlklub and the Danish OK Dinghy Association. However the fun begins on Monday with a coached clinic where at least three former world champions will be offering advice and tips on and off the water.

And if you were wondering, the biggest number of OK Dinghies ever to take part in a major OK Dinghy Championship was five years ago in Vallensbaek, also of course in Denmark – the home of the OK.
Follow the action on: